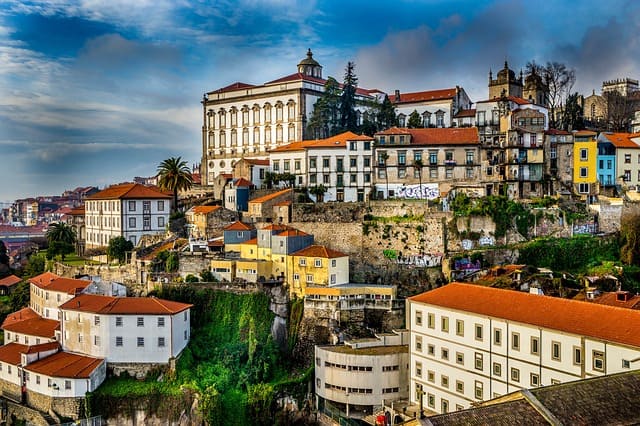 Portugal has always been a popular tourist destination in Europe, and continues to grow more popular each year, but is English widely spoken there? Is it enough to get by in Portugal just speaking English, or will some basic Portuguese be needed?

The short answer is that in big cities and tourist destinations like Lisbon and the Algarve, English is very widely spoken and you should have no problems getting by there. In other more rural areas with less tourists, the prevalence of English speakers may be less and some Portuguese may come in handy.

According to estimates, anything between a quarter and a third of Portuguese people can speak English, which is a decent percentage in it’s own right. It is for example far more widely spoken than in neighboring Spain and also other European countries like France and Italy.

However, this is only an average across the whole country and so prevalence of English speakers will vary depending on where you go like any other country. It is also widely spoken by the younger generation due to widepread teaching in schools in the last several decades. Let’s look at the issue in more detail below.

Portugal receives at least several million English speaking tourists per year and the number continues to grow, so at any of the tourist hotspots, plus airports, stations etc. you will find a high number of English speakers and will have no problems conversing in English.

Here are some of the more common tourist areas:

In all these areas you should have no problems using English in restaurants, shops, bars etc since they are used to receiving a large number of English tourists each year. You will also find signs in built up tourist areas in English as well as Portuguese to help you get around easier.

Lisbon especially is a place where people in general report no problems at all speaking English. Many expats even report living there for many years and having no problems getting by with no Portuguese at all, such is the prevalence of English there due to tourism.

Here is an excellent summary from a forum about the prevalence of English in Portugal:

“A lot of people speak English in Portugal. The younger generation learns it in school, and most teenagers and young adults speak English. If you turn a Portuguese radio on most songs will be in English, if you go to cinema or turn turn on the television you will notice it has Portuguese subtitles but it’s not dubbed, which makes learning English a lot easier.

Portuguese people immigrate a lot so a good part of the older population knows English. In touristic areas most employers are required to speak English so if you are planning a trip you will be able to get around only speaking English.”

Elsewhere in the country, English is still widely taught in schools, being compulsory in areas like the Algarve from the age of 10 and so younger people under the age of 30 will generally have a good understanding of English. Speaking slowly and clearly will also help of course if their grasp of English is only basic.

English also features prevalently in the TV and other culture there, with many TV shows broadcast in the original American English with Portuguese subtitles laid over, so younger people especially have a wide exposure to English in Portgual which it makes it easier for them to pick it up.

The prevalence may be somewhat less when you are in more rural and remote areas or conversing with older people over the age of 40. In less built up areas like Trasos-Montes, Chaves and Bragnanca, you may struggle to find so many English speakers and some basic Portuguese phrases or even slowly spoken Spanish may help you out a little more.

Portuguese people are renowned for being very friendly and polite, amongst the friendliest in Europe, and so will be happy to help out. With a little gesturing and basic Portuguese you should be fine getting by anywhere.

The Prevalence of English in Major Portuguese Tourist Spots

Let’s be more specific and address some major cities and tourist areas. Here is a quick summary of the prevalence of English as reported by tourists in some of the more popular cities visited in Portugal by holidaymakers. Each comment is a summary of the most common overall tourist experience in each area.

Lisbon – A huge tourist destination receiving millions of English speakers every year so English very widely spoken at all major hotels, shops, bars and restaurants. Many expats also report living there without any problems despite not knowing Portuguese. You’ll have no problems using English in Lisbon.

Porto – English widely spoken downtown and among anyone in the tourist industry, as well as younger people under 40. Airports, stations, public transport and tourist attractions also have signs and leaflets in English, and ticket machines often have an English language option. Restaurants often also have English menus. A good idea to have hotel address written down for taxi drivers though.

Algarve – Includes Faro, Albufeira, Lagos and Portimao. Tourist and expat hotspot, so English is widely spoken here. Plenty of English speakers also retire here, and many report having lived there for years without needing to learn Portuguese.

Azores – Anyone in tourism or younger people in general will be able to speak enough English to help you out. American and British culture (TV, film etc) prevalent on the bigger islands; less so on the smaller islands like Flores, Corvo, and Graciosa. Should be fine but have a few Portuguese words ready just in case.

As with visiting any foreign country though, it always helps to try and learn at least the basics of Portuguese to endear yourself to the locals a little more. If you already know some Spanish, this can be a little easier, since Portuguese does have some similarities with Spanish, but in any event the basics are not too hard to learn.

Here is a video below covering some basic Portuguese phrases to help you get by for a shorter tourist visit. We also have a table below for people that prefer text to video. Even though some words are similar to Spanish (and Italian), pronunciation does differ in many cases.

Moreover Portuguese people can get a little prickly about the perceived invasion of Spanish language into their culture, and do see Portuguese as a very distinct language, and not a closely related variant. In short, Portuguese and Spanish can look similar on paper but sound very different when spoken. Here is some basic European Portuguese phrases.

The pronunciation of Portugese is often very unique and not as the words appear on the page. It does therefore require some practice to get it sounding right so you will be understood to a Portugese native, as you learn which vowels and consonants need to be dropped or softened for certain words.

link to How Widely Spoken is English in Malaysia?

Malaysia is a very vibrant and growing country in South East Asia, with a tropical climate and plenty of lure for tourists. But how widely spoken is English there? Can tourists from America, the UK...

Continue Reading
link to How Widely Spoken is English in Malta?

Malta is a picturesque and scenic small Island off the south coast of Italy, with one of the best climates in all of Europe and very good tourist attractions and cuisine. But just how widely spoken...

We use cookies on this site to improve the user experience. Continue browsing or click to consent. Find out more.